My train to Montpellier didn't leave Paris until 13:19. This meant that I had plenty of time to explore. I decided to take a walk to the Seine which didn't look as if it was far.


On the way to the Seine, I spotted a shop which sold furniture which had been designed by Children. There was some very strangely shaped furniture. Unfortunately I don't have any photographs.

There were quite a few art shops.


I popped into a courtyard and found the "Promenade Plantee". It was a garden walkway on top of a railway bridge. It looked much more interesting than walking in the street. Several people were out walking and running. I also saw a couple of people doing Tai Chi. 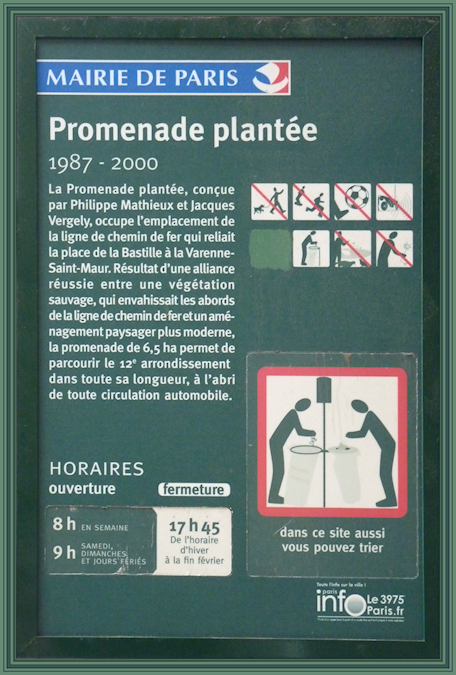 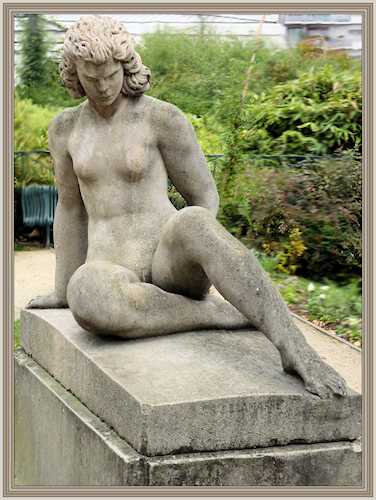 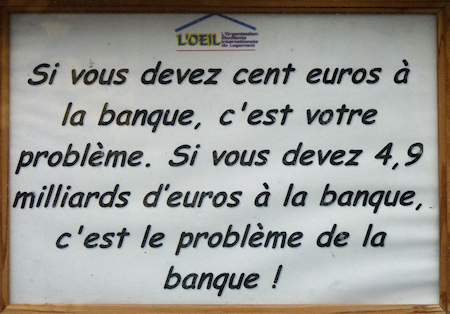 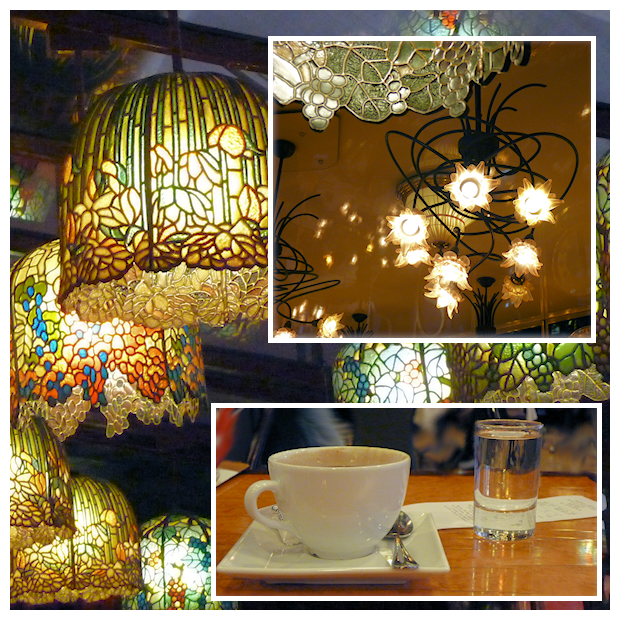 I saw some adverts in a Restaurant for pictures by the artist Dilley. I hadn't heard of him before. I took a photo so I could view the web site when I returned home. 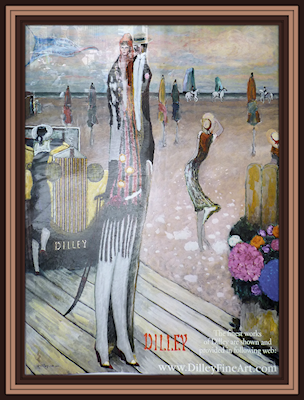 I had lunch on the station concourse. I nearly missed my train to Montpellier because I was unable to get a waiter to take my money. I was in carriage 16 which was a long way down the platform. The train had lots of engines on it between the carriages. I'm not sure if they were required to make the train "drive" fast or if they were being delivered to other stations. It is 749 km (465 miles) from Paris to Montpellier. It only took 3.5 hours. I had a seat upstairs which gave very good views. The train was very smooth.
Posted by Julie Stenning at 21:12 0 comments

The next part of the journey was to the Gare de Lyon. I chose about 6 different machines to purchase my ticket from, but was able to do it in the end. The Metro train was a two storey train and quite busy. I had to stand but it was only a few stops. The hotel was just three streets away from the station. Mind you, that depends on which exit you take. The station is enormous and has about 15 different exits. I stayed at the Hotel Lyon, Bastille. It is a three star hotel and cost £92. I would stay there again. It was nice and central and very clean. It also had free wi-fi.

Posted by Julie Stenning at 20:28 0 comments

Friends of mine, Mandi and Dave, moved to L'Escala in Spain a few years ago. L'Escala is about 2 hours south of Barcelona. I visted them in November, the journey there was by train and the journey home was by plane.

Paul (DH) took me to the railway station on Friday morning in plenty of time to catch my train to London Paddington. I had booked my ticket well in advance and took the option of a complimentary first class ticket and booked a seat in a mobile free carriage. The train had started at Cheltenham and I picked it up at Gloucester. It stopped at Stonehouse, Stroud, Kemble, Swindon, Didcot, Reading and London Paddington. Stonehouse, Stroud and Kemble have short platforms so you have to choose the correct carriage. The train conductor advised that at least one stop was a request stop, which is strange for trains. We arrived a little late, the train had to go more slowly in the Stroud area, due to leaves on the line. I have poo pooed "leaves on the line" in the past but it makes the tracks slippery and one wouldn't want to be on a train that derailed.

I believe that Paddington Station was built in Victorian times. The picture below shows a window which is at the end of the train shed. The frame is very elegant. I should use it as a basis for an embroidery or quilting pattern.

The next part of the trip was an underground train from Paddington to St. Pancras station. I usually prepare underground routes in advance, but hadn't done so this time. I was perturbed when I couldn't find St. Pancras on the tube map. When I did find it, it was only about 4 stations away. I still managed to get on the wrong train, it only went 1 stop. Luckily I didn't have to go up any stairs to catch the next train, it was on an adjoining platform. I only ever travel by tube when I am in London.I have no knowledge of how London streets connect to each other, but have a "logical" tube understanding of London. This does mean that I am at risk of getting on a tube to travel from station a to station b when they are only around the corner from each other over ground.

I just adore St. Pancras station. I purchased the cheapest tickets for my journey which meant I had to catch the single train that the ticket was purchased for, so, I had given myself plenty of time between trains. I had time to walk up and down the concourse taking photos and choosing a place to eat. The station was built in Victorian times and renovated and expanded in the 2000s (the noughties) in preparation for the Eurostar trains travelling under the channel.  There is a very interesting article about the station on wikipedia.

I ate lunch in "des Vins". I ordered an anipasto of meats. The waiter brought two sets of cutlery and I was surprised at the size of it. It was gorgeous, but I did have to leave some behind.

After lunch I checked in to Eurostar. Once you have gone through passport control you are officially in France. That is how I interpreted the sign on the passport control booths. Although, I'm not sure where I was once I was on the train. The train was very comfortable and arrived on time at Paris Gare du Nord.